The pay was good, and I could walk to work (Yes in Houston,TX!!). But I quit. 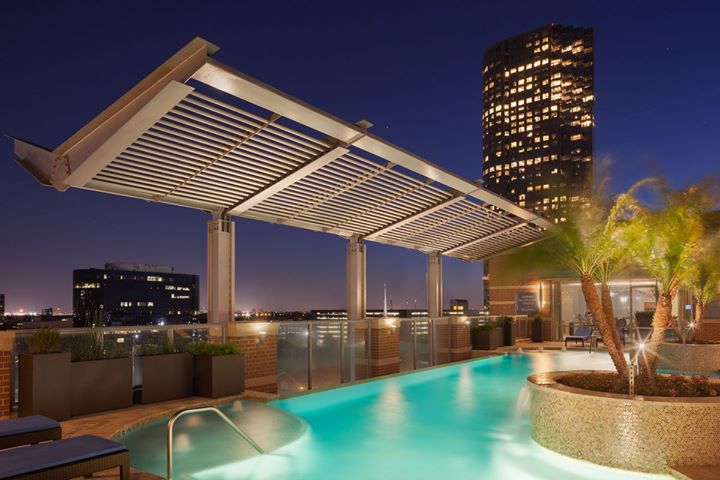 I could see my office from my condo’s roof.

Last year, I was working an office job at an energy company. The job was okay and I had the good life but I didn’t picture myself in there for life.

I had some side projects going on and of course I was dreaming about the day when I could live from it.

Months of runway in Saigon

Nothing serious but I had to spend one week in bed afterwards and I couldn’t do any work.

So I binge watched videos about entrepreneurship and bootstrapping. I think this is the time when I first listened to the Tropical MBA. I realized that each week at my job was buying me months of runway in Saigon.

So at that time I started dreaming about selling all my stuff that I didn’t need anyway.

I could fit my laptop and 2 pair of underwear in a backpack and go work my ass off somewhere in South East Asia.

Then I got back to work and almost one year passed.

This one year mark got my ass moving.

I understood I was waiting for something to happen, but it would never. I guess it’s the same for every difficult decision (e.g. having your first kid). There’s never going to be an ideal time, just go ahead and do it.

One year had passed already, was I going to wait another one or two?

Sure the timing wasn’t optimal because I wasn’t making enough revenue. But when I get old, I won’t regret trying to build my own thing. While I would probably regret burning myself out in a job that I was keeping for the money. (About a year later I found out this is what Jeff Bezos calls his regret minimization framework, so now I can blame on him if things go sour haha)

Also that was actually the best time to try this, because I’m 30+ but we don’t have kids yet. If I wanted to do the same thing 5 years later, maybe I would have actual responsibilities. So even more reasons not to do it and I would get trapped with golden handcuffs. Whereas now I can do my hippie millennial thing and that won’t endanger anyone.

And that job security was holding me back. Since I had a stable income I didn’t have to worry about shipping my projects for real and I was making excuses.

What did I have to lose?

I talked about it to my wife and she was feeling exactly the same.

So I made the decision to quit. And for us it meant losing our US visa, so there was no turning back. We had to get rid of most of our stuff, ship a few souvenirs to our parents’ basement, and move.

And also work super hard to get a business running of course.

Thanks for reading until the end! Now you can join my contacts and I'll email you when I publish something new. (Zero spam, you can leave in one click anytime)

20+ makers and entrepreneurs who inspired me

Why I'm scared of failure